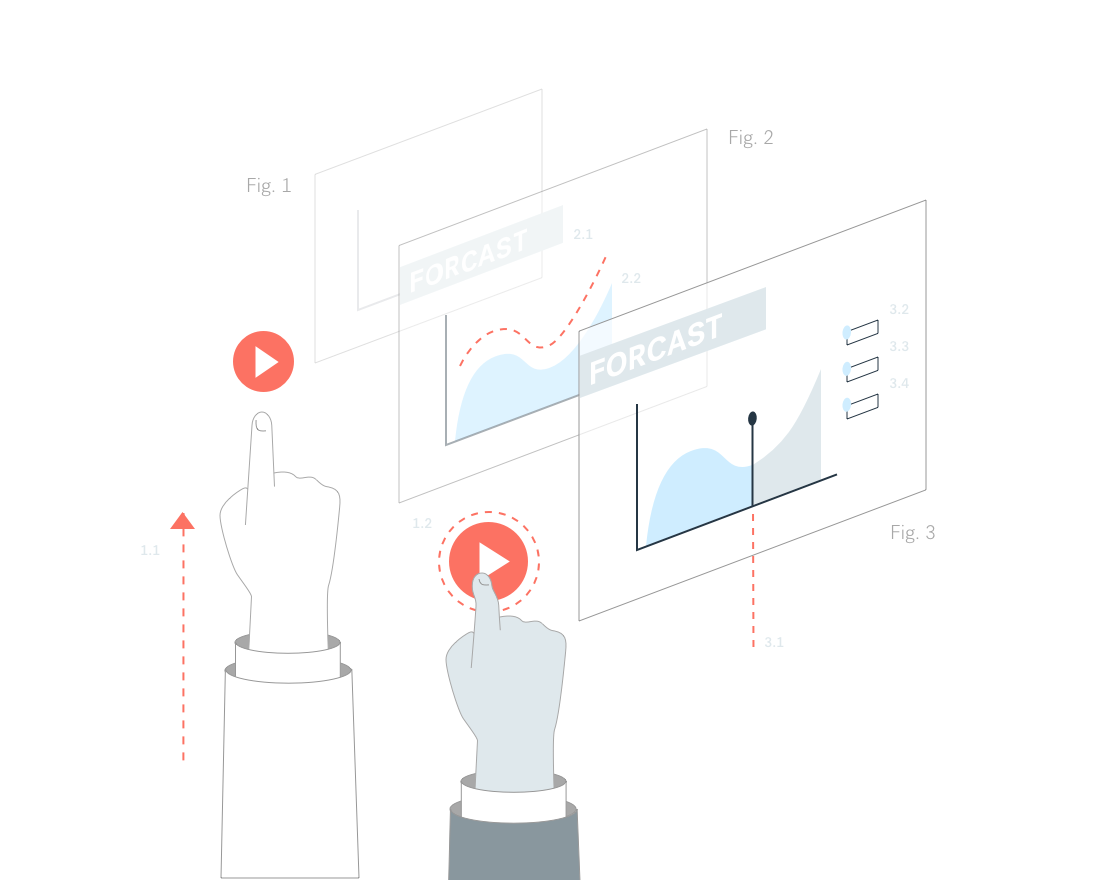 True or false? Reality is a series of images.

Spoiler alert: it's true. Whether seen through our physical eyes or as figments of our imagination, images make up almost every aspect of human thought. For most, other familiar senses like scents and sounds immediately conjure a corresponding vision in our minds. Likewise, memories and dreams almost always coincide with visual imagery.

It’s no wonder that visions dominate our reality. Ninety percent of the information transmitted by the human brain is visual, according to researcher and author David Hyerle in his groundbreaking “Thinking Maps.”

Half the human brain is devoted either directly or indirectly to processing visual information. Each of our eyes’ retinas contains 150 million light-sensitive cells, and neurons devoted to visual processing take up 30 percent of the brain’s cortex – compared to just 8 percent for touch and 3 percent for hearing. We’re simply hardwired for imagery.

Does it come as a shock, then, that visual storytelling dominates the digital world, as well? By 2010, Flickr’s library featured more than 6 billion photos – that’s more than 450-times the total catalogued by the Library of Congress since its inception. Just think how many hundreds of millions per day have been uploaded to Facebook, Instagram and other social networks since then!

“We’ve now entered a phase in which visual communication is supplanting the written word — what some are calling the dawn of the ‘imagesphere,’” said Bob Lisbonne, Luminate CEO and former senior vice-president of Netscape.

But what is visual storytelling? Is it more than a series of images?

“Visual Storytelling is a marketing strategy that communicates powerful ideas through a compelling story arc, with your customer at the heart of the story, and delivered through interactive and immersive visual media – in order to create profitable customer engagements,” explained the Visual Storytelling Institute’s Shlomi Ron.

So, visual storytelling can be comprised of a variety of media: video, visual presentations, slideshows, infographics and even still images. All are effective since, according to a 2008 study, the average person remembers about 10 percent of what they read when tested 72 hours later, but 65 percent if images are included. Likewise, content featuring relevant graphics gets 94 percent more views than content without, and tweeted images are retweeted 150 percent more than text only.

Of the various media formats, however, video now dominates web content like never before. Cisco estimates that by 2022, 82 percent of all business and individual user web traffic will be comprised of video. Videos are also the most shared content on Facebook and other social networks, including Twitter where 82 percent of users watch videos on the platform.

Videos popularity only makes sense since this form of visual storytelling leaves 65 percent of web users more likely to make an online purchase, according to a ComScore Video Metrix. In fact, Unruly found consumers who enjoyed a promotional video were an astounding 97 percent more likely to make a purchase.

Why is video so effective at conveying a message and persuading consumers? Forrester Research found that just one minute of video content can be as valuable as 1.8 million words. Obviously, the format is a good investment.

Not only is video effective at conveying information, but it can also boost content’s search ranking. Google prioritizes pages featuring video content, and a good chunk of all first-page results now feature a video snippet or thumbnail. Websites featuring video receive an average of 41 percent more traffic than their competitors.

Videos also provide content marketers the opportunity to utilize a host of off-page SEO factors, as well as link-building opportunities that direct viewers toward blogs or landing pages when a video is shared. One way Google and other search engines evaluate the quality of a site is through dwell time, the amount of time visitors spend on the page. Adding videos to landing pages is a surefire way to boost dwell time.

But what if video isn’t an option? After all, not every small business owner has the budget or the skill level to produce professional-level video content. And what about written stories? Can data still be conveyed effectively through text in this 21st-century web filled with moving pictures? Some content is better delivered in written form.

The answer may be found in animation.

The first examples of animated media predate silent movies, although many of the earliest have been lost to time. Characters like Felix the Cat, Oswald the Rabbit and Steamboat Willie captivated audiences in the years prior to World War II, and soon some of the all-time biggest blockbuster films were animations. But you don’t have to be Walt Disney to create animated presentations.

Thanks to technology, anyone can present information with animations and add the advantages of video to otherwise boring written content. By animating the same information with transitioning slides and active design elements, any sort of web content can captivate audiences and inspire them to share.

Beautiful.ai offers a wide variety of animated effects within its slideshow templates. Slides can be customized with text and images, and the designer can choose to advance them automatically at a designated speed. Audiences will view the presentation as an animated video.

Designers of any skill level can create animated slideshows with Beautiful.ai’s artificial intelligence-based interface. As content is added to each slide, its design is automatically revised, placing text boxes, borders and images according to principles of design used by the pros. The free PowerPoint alternative even suggests new ways to visualize and animate data.

Of course, audiences also flock to video content because it reaches not only that all-important sense of sight, but also hearing. Beautiful.ai’s animation menu even includes the option to add an audio track to a presentation.

Once Beautiful.ai users have designed their animated presentations, it’s easy to embed the finished products onto websites and blogs or to share the content via social media. When the auto-advance option is selected, the slideshow will display the otherwise still text and images as an animated presentation, and the visual story can compete with video for not only grabbing and retaining audience attention, but also making a lasting impact on viewers’ minds.

So, how do you tell visual stories? Try animated presentations for free.

How to Build a Beautiful Venn Diagram

Reports Can Be Boring But They Don’t Have To Be: Learn From These Reporting Templates To Level Up

Data Visualization Reports Can Help Your Business Secure Funding—Here's How