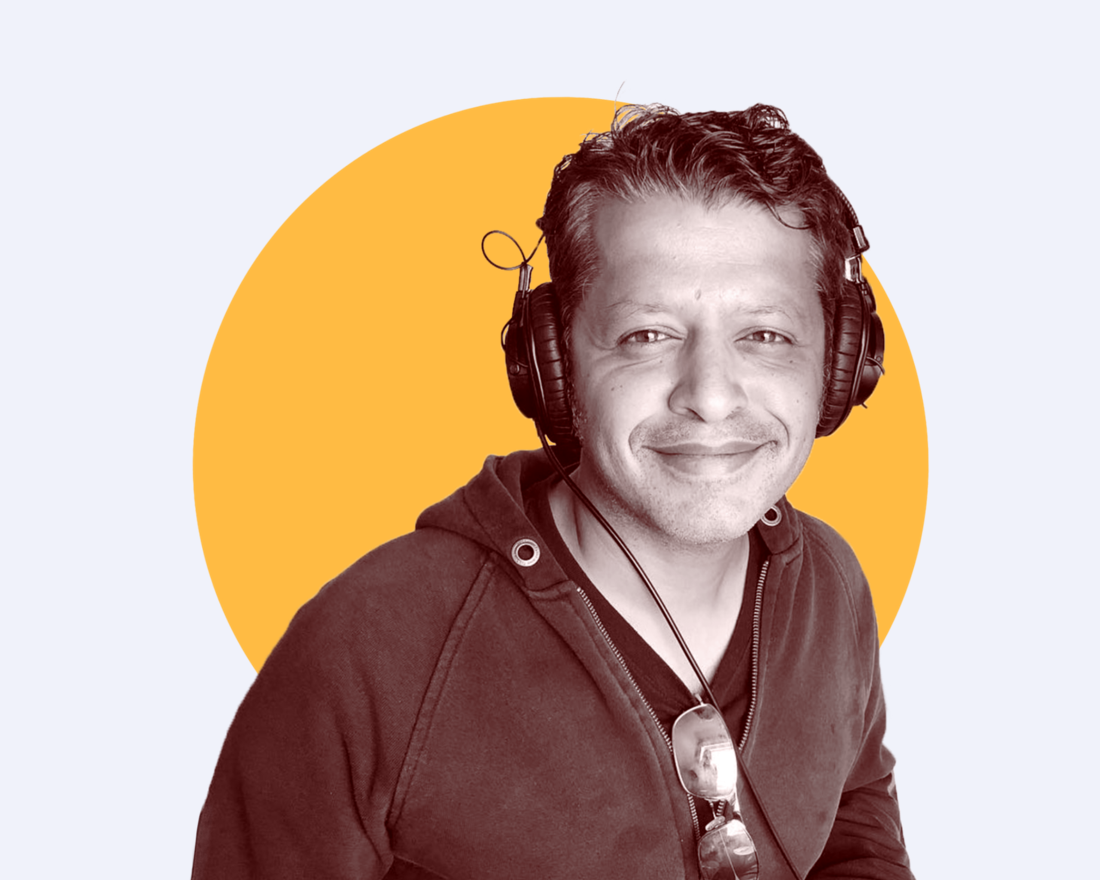 Srinivas Rao, the popular author, host of the podcast, The Unmistakable Creative, and constant (and accomplished) keynote speaker is passionate about “working beautiful”... Aka making decisions that support his mental health and creative process.

A specific example? Technology in moderation. In fact, he doesn’t even touch his phone for the first hour of each day: “We have so much information coming at us every single day, probably more than we produced in the first twenty years of the internet,” Rao sighs. In 2018, he broached this subject in his book, An Audience of One, but in 2019 Rao even quit social media for thirty days to make his point. To no one’s surprise, his symptoms of depression subsided. He’s been striving to live unplugged as much as possible ever since. “Even if you look at my presentations,” he notes, “They’re all based in analog. Analog is so important to the creative process.”

That’s easy to forget, especially while scrolling through the endless Ouroboros that is Pinterest. Yet, Rao’s need for ‘unlearning’ and consuming less so you can create more has become a mantra of sorts for the bold and insightful writer who grew up in Australia, Canada, and Texas.

“I’m the son of an Indian college professor, so I have a strong work ethic,” Rao reveals, “I was expected to get good grades. I didn’t get $5 an A. My parents were like, no you get a meal every night. This negotiation is over. That work ethic served me well later in life. I’m a disciplined creative person because of it.”

Rejecting Status as a Measure of Self-Worth

He was a more disciplined student, too. After his university stint at Berkeley, he made his way to Pepperdine for his MBA.

“Status is an interesting thing,” says Rao of his Pepperdine alumnus title, “We live in a world that’s obsessed with status to a fault. If you’re a CEO looking at a pile of resumes, you look at the kid from Stanford and think, this person must be smart! I’ve seen how this plays out in different ways.” Nevertheless, he thinks companies are beginning to get smarter about who they hire—and why.

“Tangible evidence is starting to win out,” says Rao. “There was a time where I thought if Unmistakable didn’t work out, nobody would hire me, but I’ve effectively wiped out that previous part of my career. I didn’t have the best track record in the corporate world, but I realize now I’m far more valuable to an organization because I have a world-class education in human behavior and I know how to make things happen. I’m a person who was fired from every job I’ve ever been at, but you can fight that system when it chews you up and spits you out. You can design your own system.”

Rao knows this because he’s done it. After graduating during a recession that he calls, “demoralizing,” he went on to write three books and interview over 700 guests on his podcast, The Unmistakable Creative. Yet, getting to that level took time. When he first graduated, he lived with his parents. “I had a cousin telling me I was wasting my education,” he says. “The hardest part is when external results aren’t there to show how you’ll get somewhere with this.”

The ROI of Quiet Time

When his personal and professional life fell apart in 2014, largely from what Rao describes as “his own doing,” he realized he needed to step up.

But first, he hit the beach to do some surfing.

On the surface, Rao knows it looked like he was wasting away his life, “but, this hobby that made me look like a beach bum was actually the entire foundation of my Unmistakable book,” he professes, referencing again the importance of ‘disconnecting’ which has been the topic of many a presentation Rao has given. In fact, in Rao’s An Audience of One he even maintains that, “Downtime is often where we get the most ROI on our thinking.”

With that in mind, it makes sense that Rao’s go-to presentation tool would become Beautiful.ai.  “Every time I find something new on the internet, I want to know how to make something with it. I discovered Beautiful.ai and I realized it took longer to figure out what you want to put in the presentation than to actually create it,” says Rao. “The fact is its speed has helped me tremendously. It is so much faster to do a presentation with Beautiful.ai.” In a world where people want to work smarter, not harder—or longer—the intuitive design of Beautiful.ai leads to more downtime, more ideas, and more flow.

A recent presentation resulted in raising a successful venture capital round of funding with his podcast pitch deck, below.

In addition to the new capital funding, another benefit of Beautiful.ai? Less time spent on a presentation deck means way more time for Rao’s favorite hobby.

“Would it be weird if we started surfing retreat for businesses?” asks Rao, “Because this is the kind of activity that leads to flow. You get massive boosts to creativity and productivity.” Rao even likens the “surfing zone” to presenting. “Midway through a presentation, we can’t even remember what we’ve said because we get into a zone,” he observes.

A Fish Out of Water

Rao says that unlike his surfing ability (He admits he “didn’t stand up the first fifteen times.”), he took to the presentation stage naturally. “I’m good at presenting and it’s fun,” he divulges, going on to say he thinks the best presentations are provocative, insightful, and actionable. However, at some point, Rao hit a snag when he found himself struggling to build a media kit. “I couldn’t replicate it in Keynote,” he admits. “I thought okay let me see what I can do…” He immediately turned to Beautiful.ai and, as he describes it, “Everyone said the media kit was breathtaking. Beautiful.ai is leaps and bounds better than the other products. I’ve even done online courses and slides in Beautiful.ai. It’s instinctive, it’s fast, and it’s nearly impossible to make a presentation hideous.”

And Rao, a frequent presenter, jokes that he definitely knows an offensive presentation when he sees it, “You’re like… Really man? Bullet points?” Moreover, he admits most of the conferences that he attends “suck.” He laughs, “It’s crazy to put the smartest people in a hotel ballroom for nine hours and then be surprised when nothing good happens.”

Now he’s creating the kind of conference he wants to go to, and he’s turning to Beautiful.ai for the visual elements. “I think a good presentation is designed to support the message of the speaker, not replace it. Without me, there’s no context, and you might find the slide show crazy, but Beautiful.AI has been invaluable.” We can’t wait to watch Rao’s attendees catch this wave. 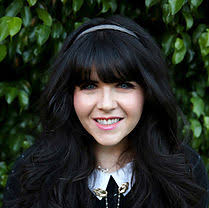 Stephanie Sparer is an Emmy award-winning writer who has contributed to Thought Catalog, Hello Giggles, and Heeb Magazine, amongst others. Despite being preoccupied with bows and a self-indulgent obsession with Woody Allen's early films, Stephanie had her first book, entitled "Maybe I Should Drink More," published by Thought Catalog Books in 2013. Sparer lives in Phoenix, Arizona.